Top Facts about Bitcoin on its 11th Anniversary.

It’s 31 October 2019 and today marks exactly 11 years since the release of Bitcoin’s whitepaper by Satoshi Nakamoto. On this day in 2008 the first cryptocurrency was conceived and it created a monumental shift in the way we perceive the future of money and provided a revolutionary new direction for resisting censorship from the corrupt central banking system that has been ruling over our lives for over a century.

Indeed, censorship resistant ownership of one’s capital is a giant leap for anyone who’s ever been a victim of unfair seizure of their funds by the authorities and there are many an example of such abuses of power throughout the years across the world and even though most people today see Bitcoin and other cryptocurrencies mainly as means to become rich quick, the true essence of this new asset class lies in the fact that it provided a real opportunity to combat the dangers of  having one’s capital taken away from them.

I don’t want to undermine the fact that Bitcoin did create hundreds of millionaires throughout the past decade and continues to do so, nor do I try to oppose the concept of shifting power and capital from the centralised banking system back to the common folk. This was all very beneficial to everyone who was bright enough to enter this space in the early years and especially to those risk-takers who believed in the power of the digital currency from the early days when it was in its infancy and the rest of world was completely dismissive of it (myself included in those sceptics), so let’s take a moment and reflect on what we have achieved in the past 11 years.

Here are just a handful of examples of what Bitcoin managed to bring to the world and why this (still hugely volatile) digital currency is so important to the world and everyone who is involved in its network. 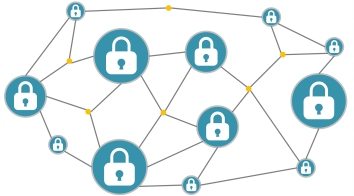 If you liked this article, consider following this blog and leave a comment below. I would like to hear your thoughts on Bitcoin and whether you are a fan or a sceptic.
I also run a YouTube channel where I post various content related to cryptocurrencies and blockchain technology.

🚩My book “Crypto Jargon A to Z” – the most comprehensive dictionary to date is out now.

Over 700 definitions of terms, acronyms and all the crypto slang people use in their market analysis, blogs and media articles related to blockchain technology and cryptocurrencies.
Grab your copy today: www.ojjordan.com/cryptojargon

Where I store my crypto

14 thoughts on “Top Facts about Bitcoin on its 11th Anniversary.”