Segwit, Lightning Network, Big-Blockers Vs Small-Blockers – what do these mean?

Welcome to Crypto Jargon. In this article, I am breaking down terms related to scaling and in particular, the scaling issues of Bitcoin like Segwit and Lightning Network so stay tuned, time to get started.

First, let me explain what do we mean when we talk about scaling?
This is referring to : increasing the capacity of a system, network or process to handle a growing amount of work.

I talked about Block and the Block size in another post already but if you missed it, let’s just explain this briefly. Bitcoin transactions are recorded and stored on files that are called blocks that are linked to each other, which is the basics of the blockchain. Each of these files (or blocks) has a limited capacity and somewhere in 2010 Satoshi Nakamoto (the creator of Bitcoin) himself set a limit to the size of each block on the Bitcoin blockchain to be 1 MB. The reasoning at the time was that it’s safer for the network and that in the future, if necessary, it can be increased. But in 2013 Satoshi disappeared and that limit was never increased. Fast forward another few years and it’s 2016, Bitcoin is the hottest new asset, gaining a lot of traction and experiencing a large daily volume of transactions (more than 200k on average) and along with that, some pretty inflated fees on its transactions.

You see, bitcoin’s transaction fees had been almost zero for quite a while in the early years and that was a very significant part of its appeal to the early adopters: cheap, fast and uncensored money transfers across borders. But in late 2016 and early 2017, the network was getting slow. The problem that Bitcoin was facing was that new blocks are generated every 10 minutes and are constrained to a maximum size of 1 megabyte (MB) so only a certain number of transactions can be added to a block. The weight of the transactions was causing delays in processing and in some cases, it was taking hours or even days to confirm a transaction as valid.

The average transaction fee had risen from $0.03 to $0.30 to $3 and even to a whopping $30 during the high peaks in late 2016 and throughout 2017. Transaction fees of $100 were also not unusual, although these were rare cases, still, the near-zero-fee magic of Bitcoin had evaporated long ago and now things were getting heated. The community was getting divided into two: Those in support of on-chain scaling through increasing the Block size to whatever the network needs in order to keep the fees low; and those in support of off-chain scaling via external channels that could take-off a lot of the transactional volume from the mainnet and keep the network run smoothly without increasing the blocks.

The first group is also known as Big Blockers since they are in favour of bigger block size. They argue that Bitcoin was created to handle an increase of the blocks as the network grows and that is true. Originally there was no fixed limit.

The opposite camp – the Small Blockers – argued that Satoshi himself put in place the block size limit and this was the safest way to avoid a network attack and miner centralisation, so it must be kept this way, which is also true.

A huge part of a transaction is the digital signature – it takes about 65% of the space and this proposal attempts to ignore the data attached to a signature by stripping off that signature from within the input and moving it to a structure towards the end of a transaction. This process is known as Segregated Witness or SegWit for short. This solution would more than double the available space in each block. So, in a way, it is an increase of more than 2MB per block and in addition to increasing the capacity, SegWit also solves the problem where a receiver could intercept and modify the sender’s transaction ID to get more coins from the sender. Since the digital signature would be detached from the input, there is no way of changing the transaction ID without also nullifying the digital signature. So, this is what Segwit does. In simple terms – it creates more space within the block for more transactions, hence why it is referred to as an on-chain scaling solution.

It was accepted by the majority of the Bitcoin community and was activated in the summer of 2017. However, part of the mining community, the Big Blockers opposed the Segwit solution and took another direction by creating a hard fork known as Bitcoin Cash that supports bigger block sizes like 8MB and even 32MB. That coin forked again in 2018 and hasn’t had a very smooth ride since its creation but that is a different topic altogether.

Back to Bitcoin scaling solutions and here’s the next one in the form of “side chains”. Which is where the Lightning Network kicks-in. This is one example of an off-chain scaling solution. At the core of the Lightning Network proposal is the usage of side-channels for micropayments. In simple terms, users can open a channel for multiple payments, and the transactions that are made through that channel do not get recorded on the main blockchain until the channel is closed. You can make hundreds of transactions on that side channel and when you decide that your business is done, you will close the channel and only transmit the end result to the main network as a single transaction instead of hundreds which as you can imagine, will reduce the volume of pending transactions significantly. For example, you are a business owner and you open a channel for your company’s payments, and you transact 5 bitcoins-worth over a period of one day. There are transactions going in and out, many of them.

Most of which are micropayments for small amounts which would otherwise incur fees that may be too high so inside your channel you don’t charge fees, or you charge really small fees compared to those on the main blockchain. This way you provide affordable service, so it’s good for business. At the end of the day you close the channel, you have a starting balance and end balance that you transmit to the main blockchain as one transaction. Sounds less complicated that way, right? This is as simple as I can explain it. There are some opponents to this idea since it involves a third party involvement which will be a central authority, but the main blockchain is still there should you decide to transact directly there and that is still completely peer to peer so I don’t see much weight to the arguments against the Lightning Network. However, the Lightning Network is still in its infancy and only being used by tech-savvy programmers at this point, but it is growing and hopefully, soon it will become more widely used. In the future, there will be even more added layers and other off-chain scaling solutions, so we will be seeing a lot more development in this space. 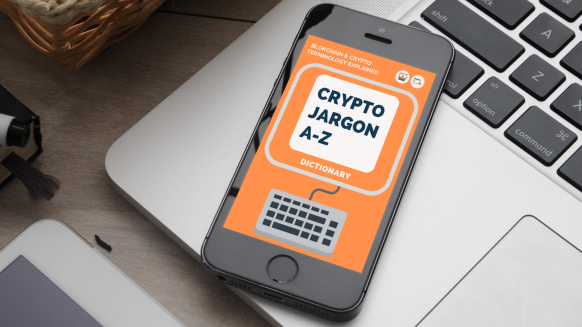 You can also find out more by visiting my website: www.ojjordan.com/cryptojargon

Where I store my crypto

Soft Fork Vs Hard Fork and Other Types Of Forks Explained

Author, content creator and cryptocurrency investor. Since 2015 I've dedicated my time to growing the crypto community and sharing my knowledge of creating passive income online. All of my social links: https://linktr.ee/busyjordy View all posts by OJ Jordan

One thought on “Segwit, Lightning Network, Big-Blockers Vs Small-Blockers – what do these mean?” 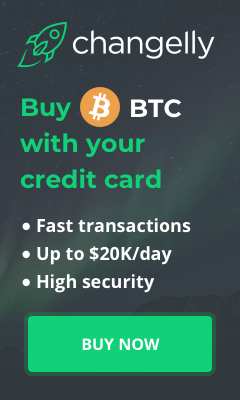